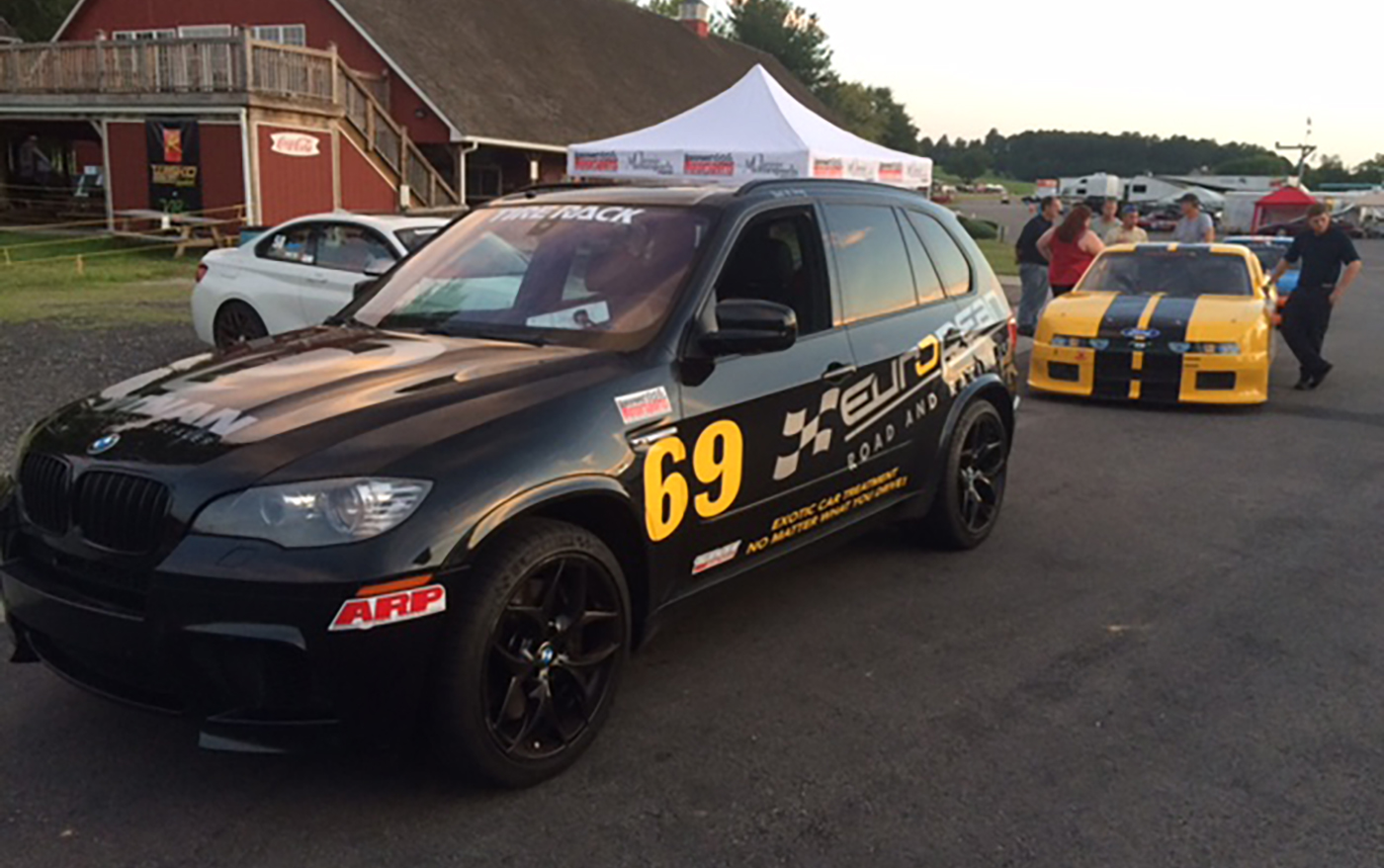 Karl Troy, owner of European Road and Racing was invited by Grassroots Motorsport to compete in the 2015 Ultimate Track Car Challenge at Virginia International Raceway (VIR). 52 of some of the fastest race cars in the country were going to go head to head and only one of them would take home the title. Certainly, showng up in his daily driven 5500lb X5M on street tires does not seem to be the wisest choice Karl has ever made but he is not one to turn down even the biggest of challenges. "If it was easy, everyone would be doing it".

The pictures below give just a glimpse of the unbelievable competition that was present. Karl finished 44th out of 52 Race Cars on slicks, rollcages and groundeffects, meaning he beat 8 of them which would seem highly unlikely in a Hippo on Wheels.

To put things in perspective. The winning car was the same tube framed Dodge Viper that led 23 out of the 24 Hrs of Le Mans. Of course, Karl hoped to do better, but the end of july heat was not in favor of the tires and brakes as he was about 3 seconds a lap slower than he was at a Ferrari Event in March.